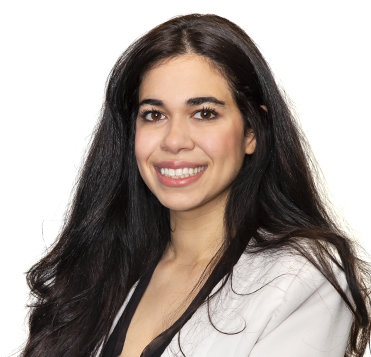 Partner at Alepin Gauthier, she began her career practicing tax litigation. For several years, she has followed in her father's footsteps, Me François Alepin, practicing franchise and business law. During his studies at the University of Ottawa, Me Alepin was a merit scholarship recipient and was included in the Dean's List for his academic success. Me Alepin speaks French and English. She is intermediate in Spanish and has basics in Arabic and Italian. She would like to learn Mandarin Chinese soon.

Writer of the update of the tax administration law annotated by Alepin Gauthier.

Me Chanel Alepin has fulfilled the CFE (Certified Franchise Executive) certification requirements. She is the first Attorney-at-Law in Quebec to obtain this title.

Me Chanel Alepin was awarded the Exemplum uistita prize awarded by the Young Bar Association of Laval, this distinction is given to highlight the excellence of a lawyer under ten (10) years practicing in Laval, regardless of the type and field of practice.

Me Chanel Alepin is active in the Laval Chamber of Commerce and Industry, notably as a member of the board of directors and chair of the governance committee. She was on the board of directors of the Center de transfert d'entreprise du Québec. She was a director and secretary of the Jeune Barreau de Laval, president of the Comite de la Relève d'affaires (Jeune chambre de commerce) as well as a representative of the Jeune bar de Laval with the Association des jeunes barreaux de région du Québec. Me Alepin was a member of the advisory committee set up by the Canadian Tax Foundation in collaboration with the Quebec Revenue Agency regarding the changes to be made to the Tax Administration Act, in order to align it with the new Code of Procedure civil, as well as member of the founding committee of the Laval division of the Canadian Tax Foundation.