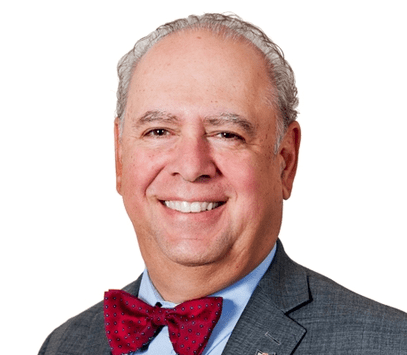 Since 1978, Me François Alepin has carried on his law practice at the Alepin Gauthier law firm and where he is in partnership with Me Brigitte Gauthier. It should be noted that Me Alepin has been recognized by his peers as one of the "Best Lawyers in Canada" each year since 2005 in the Franchise Law field ,as well as each year since 2011 in the Commercial Law field.

He aids and advises his clients who, for the most part, are businesspeople operating small and medium-sized enterprises, in the drafting and analysis of all kinds of contracts touching upon their needs in the daily operations of their businesses. This has led to his acting with respect to these clients as a kind “external-internal” legal department and he is consulted regularly in various areas of law which all are related to the operation of a business. His practice is concentrated in Franchising Law and over the years he has been called upon to give legal advice and counsel in this area of law on a multitude of occasions.

His practice in Commercial Law has led him to resolve disputes via negotiation, mediation and arbitration. He has represented the interests of his clients, at trial as well as on appeal, before all levels of courts as well as in front of administrative tribunals.

In 2001 and 2002, as a member of the Quebec delegation, upon the recommendation of the Quebec justice minister within the context of Canada’s participation in the work performed by Unidroit, in order to take part in a governmental committee of experts charged with elaborating a model law for the disclosure of information in matters of franchising, he was invited to Rome to participate in a round table organized by the government experts’ committee.

In 2013, he was called upon to participate in a drafting of “Développements récents en droit de la franchise”. Furthermore, following the appearance of this book, he presented his article “Le point sur les ristournes perçues par le franchiseur” as a speaker at a conference organized by the Bar of Quebec.

In 2016, he was called upon to participate in a drafting of “Développements récents en droit de la franchise”. Furthermore, following the appearance of this book, he presented his article “Notions élémentaires du franchisage ou franchisage 101” as a speaker at a conference organized by the Bar of Quebec.

Me Alepin has also been cited in several decisions throughout his career. These include Duchesneau v. Gestion Milsa inc, 2017 and Chambre de la sécurité financière v. Cauchi, 2019.

Bâtonnier of the Bar of Laval for 1994-1995
Named one of the «Best Lawyers in Canada» in Franchising Law for six consecutive years
Governor for life for the Entraide Bois-de-Boulogne
Governor emeritus of the Bar of Quebec Foundation
“Prix Reconnaissance,” 2012, from the Laval Bar
Prix Hommage from Conseil québécois de la franchise, 2018